Applying their experimental work on light, the students at the school of furniture design have made their design ideas come to life in the Woodlights project. 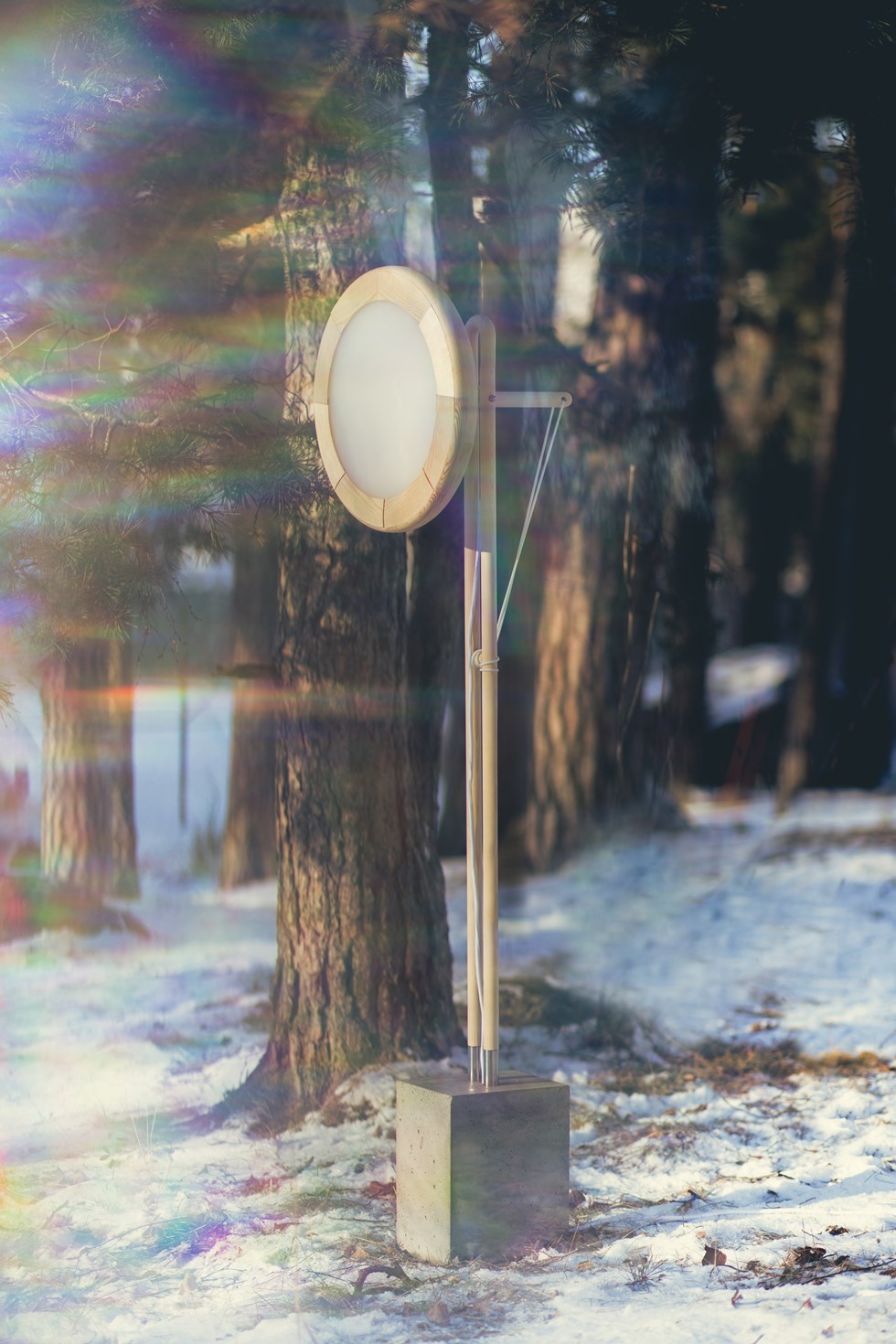 The inspiration for this lamp has been pine and pine veneer. I wanted to work with a simple round shape which makes the details of the lamp speaks for itself. The pine sweeps over the frame and encloses the light in an overlapping configuration. The veneer is so thin that the light makes it transparent when the light is on, resulting in a fragile and beautiful expression and accentuates the grain in the veneer in a decorative way.

Dandelion is as defiant as a dandelion, seeped up through the massive concrete and then directed towards the sun. It takes its own place in the room and gives a general lighting. Using leverage in the stand, the light can be directed towards the ceiling and also highlight the floor and wall. The belt acts as a counterweight and fastened to the frame at different levels.

Linda Anjou has since she studied Art and Design program in high school been determined that it is design she wants to work with in the future. Prior to Lindas studies at Carl Malmsten Furniture Studies she studied a one-year course in interior architecture and design. She has also been tested on crafts in ceramics and glass blowing. Linda often has great vision with an idea that she then defines so that it becomes a functional product. It's something that she considers her stimulates the creative process.

Here you can read the press release "The pine lamp – a bright new take on an old favourite" and downloads photos..

Look at the other woodlights