Home › Sustainability › The Forest and The Climate

The Forest and The Climate

Growing forest absorbs carbon dioxide from the atmosphere. This happens through photosynthesis, which converts solar energy, carbon dioxide and water into carbohydrates that are the building blocks of wood. Oxygen is released as part of the process. Through photosynthesis, a normal tree absorbs an average of 1 tonne carbon dioxide per cubic metre of growth, while at the same time producing and releasing the equivalent of 0.7 tonnes oxygen. Growing forest constitutes a carbon sink, because it captures and stores carbon. See figure below.

The absorbed carbon from the carbon dioxide is bound in the wood and continues to be stored in the products made from the wood. If the wood products are used in buildings, the carbon is stored for a long time. The stored carbon is only released when the products are incinerated at the end of their life. During incineration, the converted solar energy is released as heat, making the process entirely climate neutral. In our Swedish cogeneration plants, the biomass ends up as heat and electrical energy when the bound carbon dioxide is released. 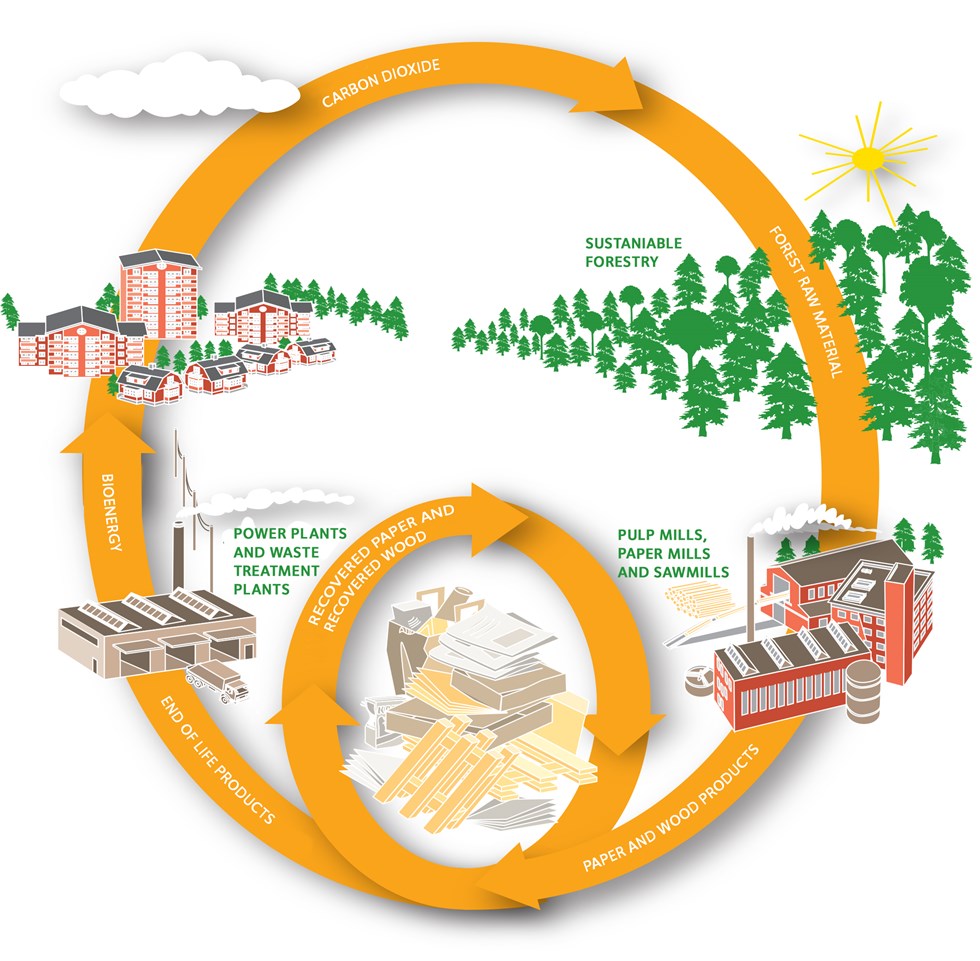 Wood’s natural ecocycle
The ecocycle comprises two parts. One relates to the forest and the other to the products.

The forest gains its vitality from the sun. Through photosynthesis, solar energy is absorbed and reacts with carbon dioxide to produce nutrients for the growing trees.