On 9 March Råå Preschool in Helsingborg was declared the winner of the Swedish Timber Prize 2016, one of Sweden’s best known architectural prizes, which is awarded to a building that represents good Swedish architecture in wood and that reflects and improves the times we live in. On Wednesday the prizewinner was presented with the Golden Horse trophy and prize money of SEK 100,000.

The unanimous jury explains its choice as follows:
“Råå Preschool is a great example of high ambitions from the client and the architect, with regard to designing an inspiring environment and scale on the children’s terms, interpreting the conditions of the site and exploiting the possibilities of wood to create playful and innovative forms and expressions. The jury particularly values the high level of ambition applied to a municipal building for children. This is a category of building that isn’t always afforded the greatest care and ambition. The building’s volume shapes the interior rooms into new worlds to explore and provides views of the sea and land, while the outer form creates its own landscape and makes a very singular and congenial addition to the existing buildings in this fishing community. The clever use of materials and attention to detail offer a new way of protecting against the elements while creating a richly realised interior that meets functional needs and invites interaction and experiences. Råå Preschool makes a convincing statement about the importance of space for children and young people.”

The jury for the Swedish Timber Prize comprised Anders Svensson (architect), Karolina Keyzer (architect), Carmen Izquierdo (architect), Rahel Belatchew Lerdell (architect) and Tomas Alsmarker (civil engineer). They had the difficult task of choosing a winner from the 139 submitted entries. From the final shortlist of 10 nominees, the jury was unanimous in naming Råå Preschool the winner.

“I think winning the Swedish Timber prize should give a great deal of pride, as the competition is very tough, the standards are very high, and the prize is only awarded every four years,” says Anders Svensson, who chaired the jury of the Swedish Timber Prize 2016.

Råå Preschool
Råå Preschool was designed by Dorte Mandrup and Pernille Svendsen at Dorte Mandrup Arkitekter. The contractor was Peab Sverige AB, with Olle Olsson and Hans Utter as project managers. The client was the City of Helsingborg, with Catharina Brandén taking the lead.

From the prize ceremony
Photo: Ryno Quantz.
The photographer's name shall be indicated close to the image. 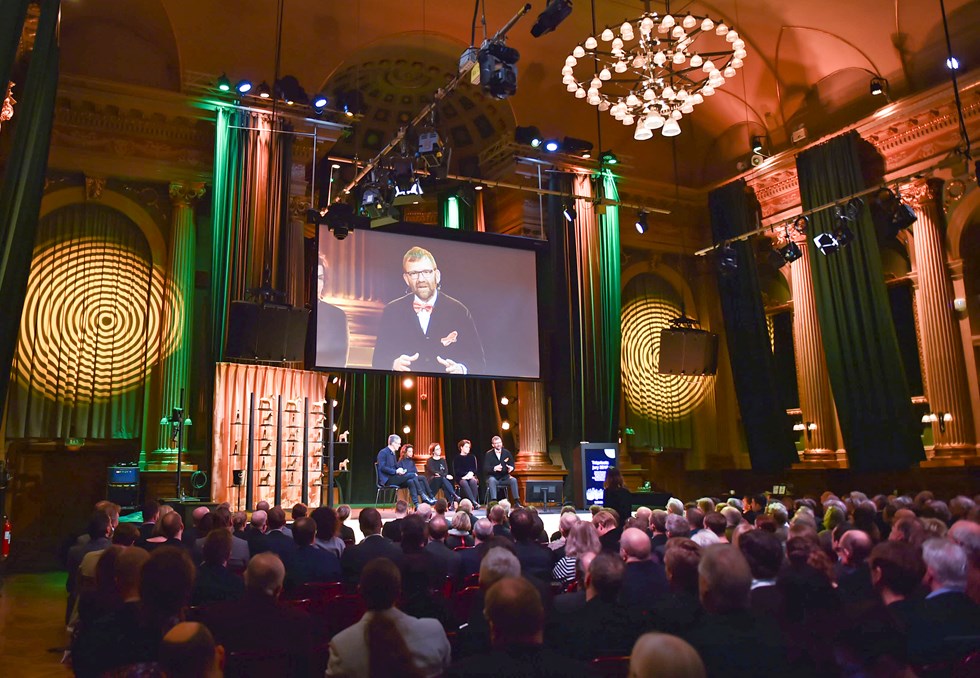