Home › Building with wood › Construction › Why wood? › Save time

Up to 80% shorter construction times

Moving the construction process to a highly efficient factory allows construction times to be cut by as much as 80%. Volumetric units and panels can be prefabricated in the factory and delivered to site as kits. A five-storey block built from wooden volumetric units can be erected in just ten weeks (once the foundation slab has been cast), compared with a site-built concrete block, which often takes more than a year to complete.

Once the construction process is moved to the factory, the time-consuming construction site becomes a thing of the past. It is replaced instead by an assembly site, much like the way single-family houses have long been built. This makes the logistics and organisation significantly easier to manage.

As long as it isn’t raining or too windy, it takes just a few working days to assemble the prefabricated volumetric units for a building with five storeys. The reason why it still takes around 10 weeks for the building to be turnkey ready is that water, sewerage and electricity have to be connected, and render and balconies have to be added to complete the façade. 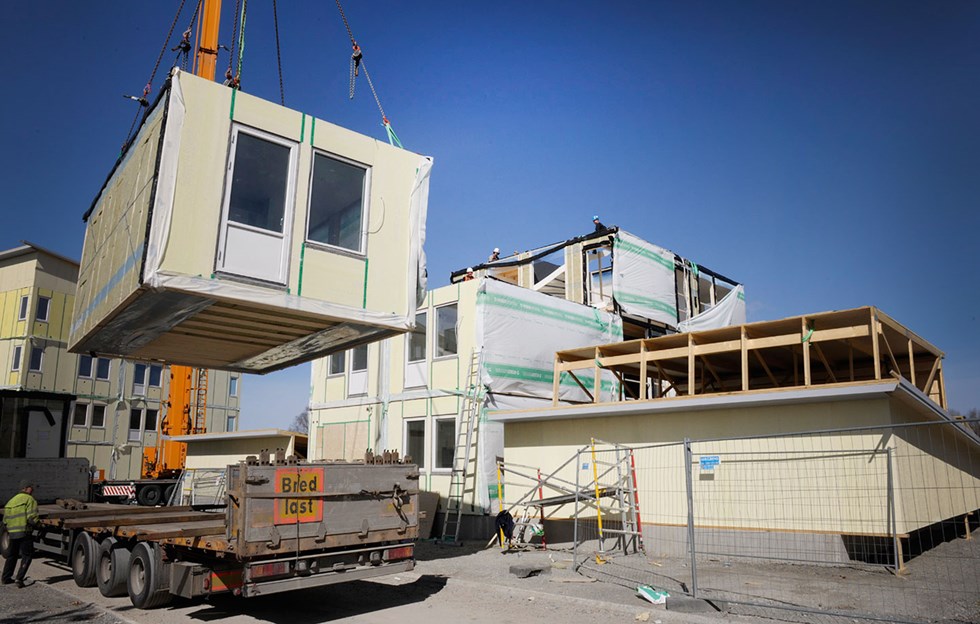 An entire ready-made room can be delivered complete with washbasin and wallpaper. 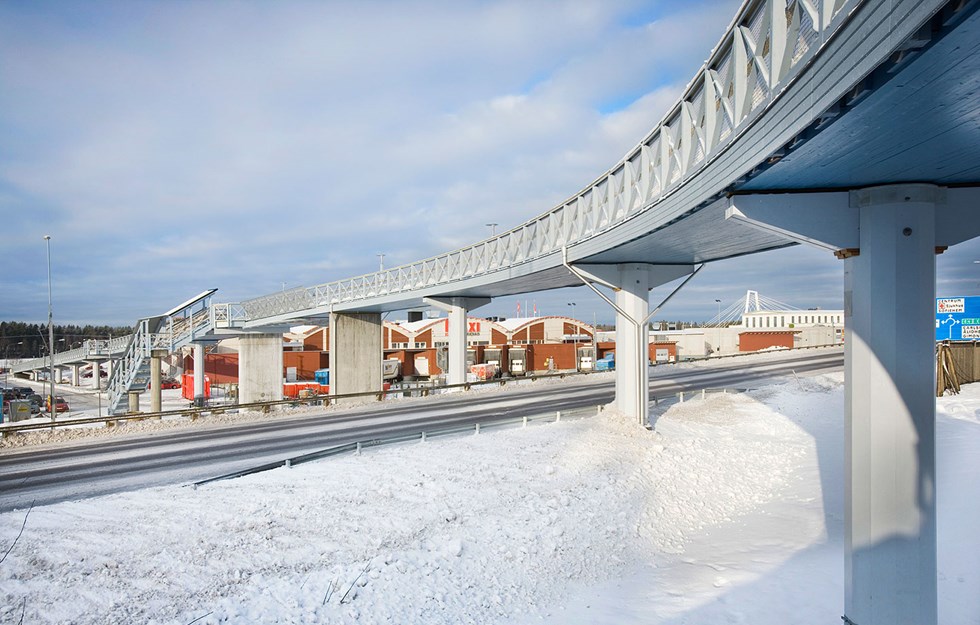 When this 230 m pedestrian/cycle bridge was being erected in Umeå, train traffic was able to continue as normal, despite the bridge traversing the track. It was possible to install the part of the bridge that crosses the track in 45 minutes, i.e. between two trains.

It doesn't show from the outside, but this six-storey block in Råcksta in Vällingby from 2009 was built using timber volumetric units. 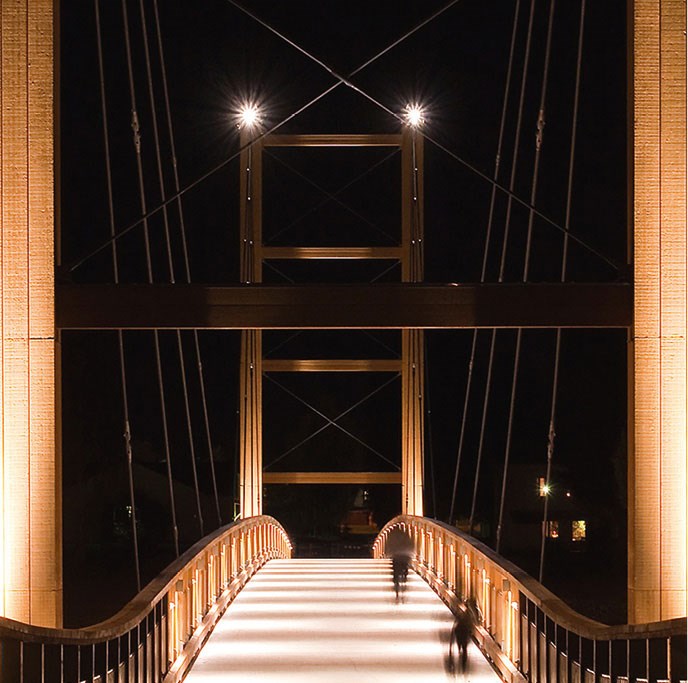 The beautiful Älvsbackabro in Skellefteå, built in 2011, is a 130 m wooden cable-stayed bridge. 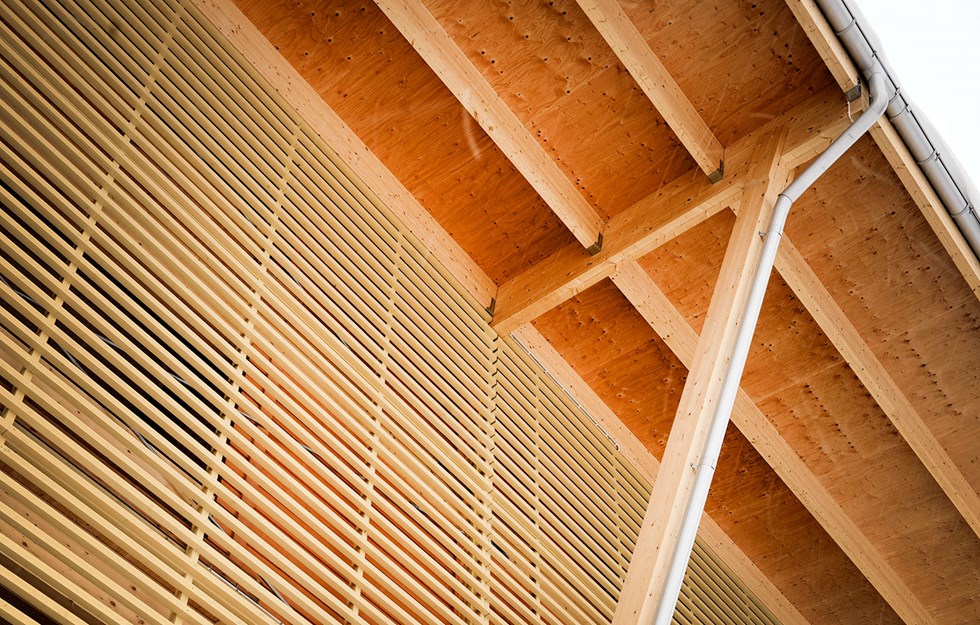 In this attractive multi-storey car park in Skellefteå from 2008 everything is wood except the cars.