Russia is a country with substantial access to forest raw material, making it an important player in the forest industry. But for news about the latest trends in wood construction, Russia’s major architectural fair ARCH Moscow turned to Sweden.

There is considerable interest in Swedish wood construction around the world, and thus also interest in the Swedish Timber Prize, which is awarded by the industry organisation Swedish Wood every four years. This year the ARCH Moscow architectural fair was held on 24–28 May and Sweden’s participation was a collaboration between Swedish Wood, the Swedish Embassy and the Swedish Association of Architects.

During a lecture and panel debate, Alexander Nyberg, an architect at Swedish Wood, and Josef Eder of the practice General Architecture talked about the growing interest in wood construction in Sweden.

In addition to looking at specific wooden buildings, it proved useful to consider the development of wood construction over time, through the prism of the Swedish Timber Prize’s 50-year history. Progress has been accelerating, with the scope and breadth of wood construction expanding in Sweden, according to Alexander Nyberg, who continues:

“We wanted to talk about the factors that lie behind this trend. It would not have been possible without the forestry policy that we’ve been pursuing since the early 1900s, which means that we now have greater access to forest raw material than ever before. 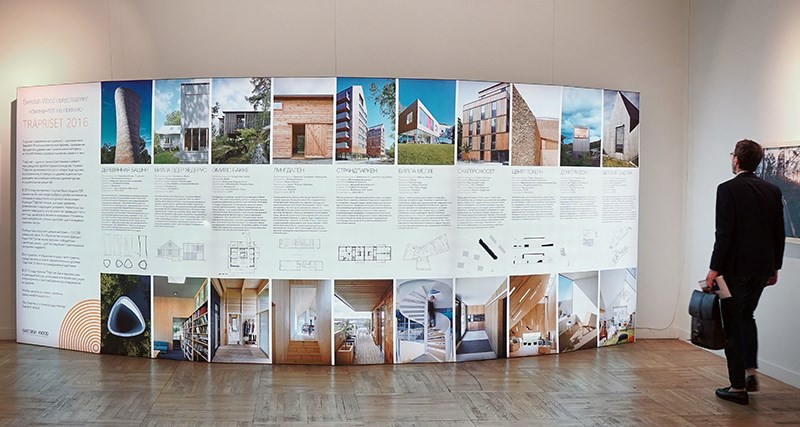 “The climate issue and increasing concerns about the accelerating concentration of carbon dioxide in the atmosphere are also driving the growing interest in wood construction. Wood is a renewable construction material that absorbs carbon dioxide, with photosynthesis directly countering the greenhouse effect for a positive impact on the climate.

“Other factors behind the growth of wood construction include the technical advances we’ve seen with new products and construction systems, and the fact that we build more off-site, prefabricated in controlled, efficient production environments that ensure good quality and short lead times.

“Then there are the new scientific findings about the health effects of wood. Wood is a material that makes people feel good and promotes wellbeing. We’re now seeing some of the big names in Swedish construction beginning to see this as an asset, over and above the environmental and technical benefits. Wood sells, whether the customer is the buyer of an apartment or our great neighbour in the east, and that’s the truth,” concludes Alexander Nyberg.

Photo Hans E Andersson.
Write the name of the photographer when using photos. 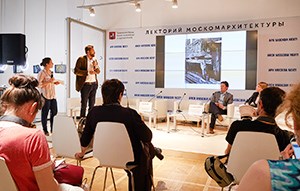 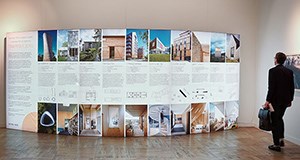