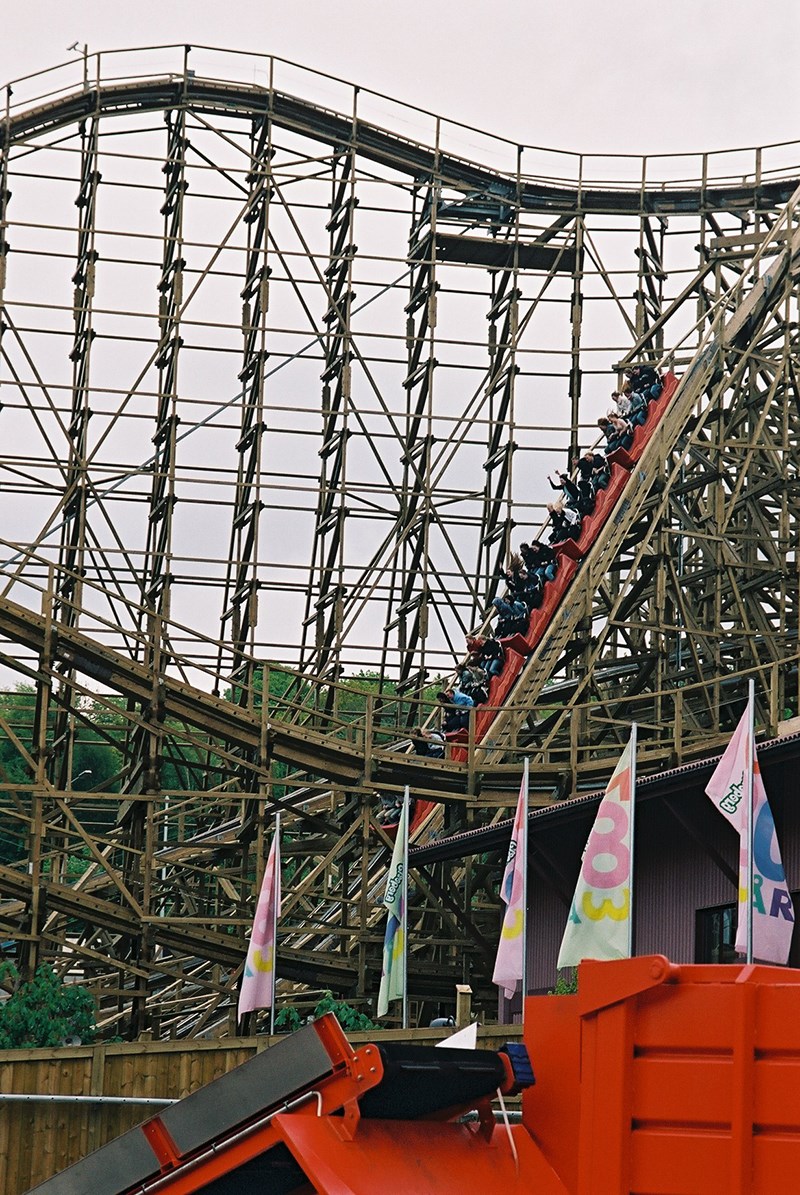 The Balder rollercoaster was given a plot of 125 x 70 metres to play with. The ride was designed by the Swiss company Intamin AG over several levels, due to the restricted space available. Usually, the rails lie on top of the wooden frame, but that would take up more land than in Balder’s case. The peak of the ride at just under 40 metres is followed by a 70° incline in the first dip, which generates a top speed of around 90 km/h. After a little over 2 minutes of various circles and figures of eight across 3 levels in total and around 10 dips with positive G-force, the riders return to the starting point thrilled.

The peak of the ride at just under 40 metres is followed by a 70° incline in the first dip, which generates a top speed of around 90 km/h.

A proven basic concept has been further refined in the design of certain details in the frame and rails. Engineering firm Stengel GmbH from Munich was behind the structural plans for the frame and rails. The wooden frame has vertical trussed supports, to a maximum of 15 trusses high. The trusses are 3.0 metres wide and 2.5 metres tall. The vertical supports are split at between 2.5 and 3.0 metres. All the vertical supports are connected to each other using horizontal stays, following the longitudinal direction of the ride. The stability in this direction is achieved with the help of braces/diagonals between the vertical supports. For transverse stability, braces connect to the different truss levels. Usually, the bracing is placed on the inside and outside of the curves. In Balder’s case, only internal bracing was possible due to the surrounding roads and buildings. Since the frame has not been able to spread its legs as far apart as usual, the forces of lift have become considerably greater than for a conventional solution, with bracing on both sides, which in turn has affected the foundations. These have been designed as a concrete slab with support piles, to which the frame has been anchored via “steel feet” and injection anchors.

This type of rollercoaster would usually have a gravity base foundation, ground strength permitting. After the pressure-treated pine frame was completed, it was time to fit the rails, which comprise pressure-treated LVL beams clad in steel plate. The pressure treatment used chemicals based on copper and boron in impregnation class AB.