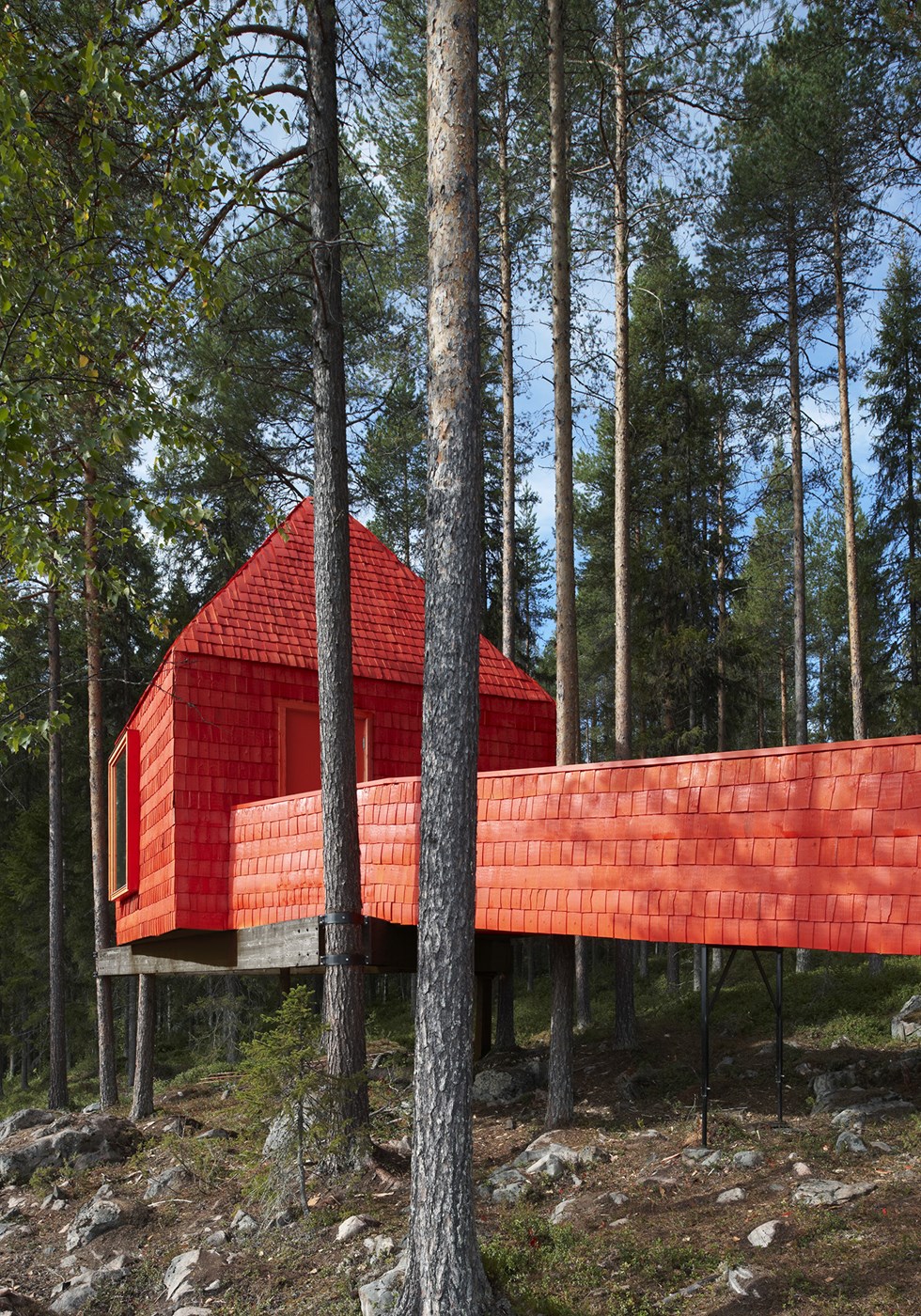 The Mirrorcube is the most spectacular of the six treehouses that make up Treehotel in Harads, north of Boden. This refreshing hotel concept playfully showcases the multifaceted design opportunities offered by wood. As its name suggests, the Mirrorcube is a mirror-clad cube, suspended around the trunk of a tree, which melts into its natural surroundings like a chameleon. The interior is dominated by pine plywood, which contrasts with the load-bearing pine trunk.