In September, China approved a new fire norm that paves the way for more wood construction in China. The new norms cover single-family homes and multi-unit buildings as well as laminated timber constructions.

Nanjing Forest Mall consists of three- to four-storey buildings and a pedestrian street. Laminated timber has been used for the outer expression.
“It’s a step in the right direction; we are happy with the current conditions in China, but want to go further. Our goal is a fire norm that matches the Swedish regulations,” says Jan Söderlind, International Director for Swedish Wood and Chairman of European Wood.
The Chinese construction market is the world’s largest, but wood has been used as a building material to a very low extent. An important explanation of this is that the previous fire norms virtually ruled wood out as a material in larger constructions. The new rules pave the way for more construction of buildings with carcassing, infill walls, wood framework, hybrid constructions and laminated timber constructions.
“European fire experts have worked very closely with the Chinese fire authorities through European Wood. The fact that the Chinese Ministry of Housing and Urban-Rural Development has now approved a new fire norm is a giant leap forward,” says Jan Söderlind.
By Swedish measures, the Chinese fire norm is still restrictive. For example, the new rules only allow wood constructions of a maximum of three storeys and interior partitions made of wood may only be used in buildings no higher than six storeys.
For hybrid constructions, the height limit is 24 metres and for laminated timber constructions, it is 15 metres. The permitted maximum size of a laminated board is limited to 180 m2 per storey or 3,600 m2 with a sprinkler system.
“Through European Wood, of which Swedish Wood is a member, and in cooperation with Canada Wood, we will continue to work for the development of the Chinese fire norm. We hope that cross-laminated timber will then also be included,” says Jan Söderlind.
For further information:
Jan Söderlind, International Director
+46 (0)70-211 04 22
jan.soderlind@svenskttra.se

Nanjing Forest Mall consists of three- to four-storey buildings and a pedestrian street. Laminated timber has been used for the outer expression. Suzhou Crownhomes, the leading wood building company in China is behind the shopping centre.
Download

A dining room in the Pi River area where the ceiling consists of 18-metre free spans in two sections. The floor area is a total of 3,100 sq.m.
Download 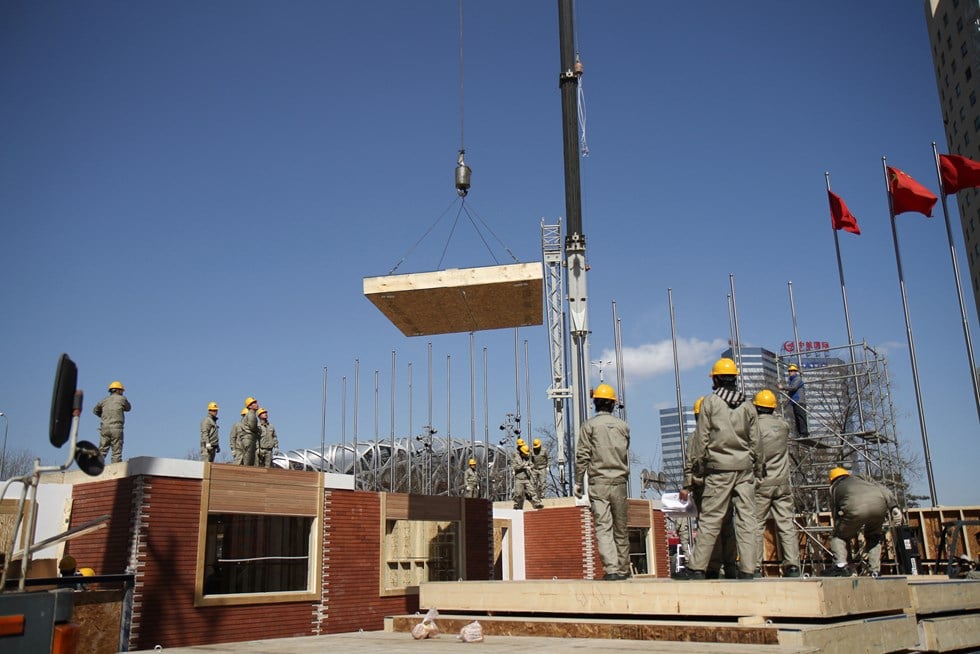 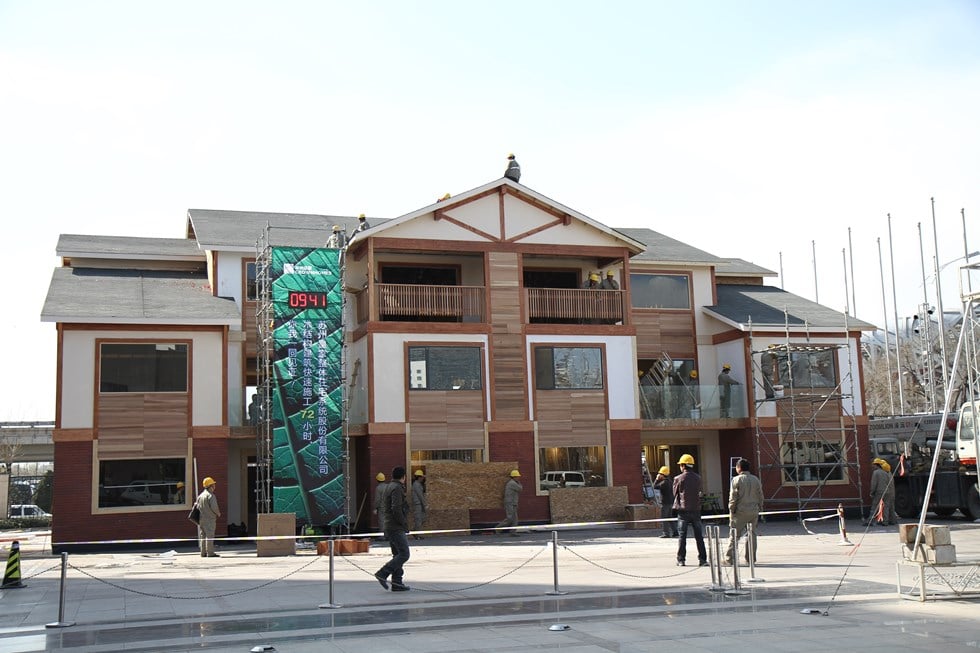 “Sample house” consists of three storeys and is 770 sq.m. large. The building was erected in just 62 hours.
Download