ARTICLE Sara kulturhus in Skellefteå has made it to the final of the International Award for Wood Architecture, the winner of which will be announced on 7 April.
“It’s vital to make construction climate-neutral, and wood is a natural material. With Sara kulturhus, we’ve shown that even on a large scale, you can build in a climate-smart way. There’s no reason to avoid sustainable solutions,” says architect Oskar Norelius.

Sara kulturhus stands proudly like an exclamation mark in the middle of Skellefteå, a city in northern Sweden. Rising to 80 metres over 20 floors, it is one of the tallest wooden buildings anywhere in the world – housing cultural facilities such as a theatre, art gallery, library, concert halls and a museum, along with restaurants and a hotel. The idea is that the arts centre, which opened in September last year, will serve as a living space for the city’s inhabitants.

“Sara kulturhus is attracting a great deal of attention because it’s unusually tall and uses a lot of wood. But at the same time, it’s a really local project, rooted in the community. You can feel it when you’re there. It’s a public building and a shared space for many people. I believe it’s going to age well and play a key role in a city that is going places,” says Oskar Norelius from the architectural firm White, who is joint chief architect along with his colleague Robert Schmitz.

Building in wood was a given from the outset.

“The past 20 years have seen an increase in our understanding and knowledge of how our planet is affected by the material choices we make in construction. We can use wood with a clear conscience. Personally, I also love the properties of wood, which is a great material to work with. Wood can be placed in new contexts to create a whole new kind of architecture,” says Oskar Norelius.

Collaboration with the local wood industry was a core tenet of the project. Raw material and talent are both readily available around here.

“Interest in climate-neutral building is as strong internationally as it is in Sweden, and there are a huge number of projects on the drawing board right now. But not every country has as long a tradition of building in wood, and restrictive regulations can be an obstacle. This means that Sweden, with its relatively large-scale wood industry and supply of raw material, is a long way head of the curve,” adds Oskar.

The International Award for Wood Architecture is issued by the international press to reward excellence in the field of wood architecture. The Award wishes to stimulate the development of innovative architectural thinking using wood, whilst establishing links between countries where wood construction will play an increasingly important role. This year’s winner will be announced on 7 April at the International Wood Construction Forum in Nancy, France.

“We were very proud to see Swedish architecture and wood expertise being recognised with three Swedish nominees – Sara kulturhus in Skellefteå, Hoppet Preschool in Gothenburg and the wind turbine on Björkö in Gothenburg’s northern archipelago. Having Sara kulturhus in the final among such tough international competition just shows how far we’ve come with wood construction in Sweden. This project has largely been developed using local cutting-edge expertise, which makes the whole project even more impressive. Sara kulturhus stands as proof that it is perfectly possible to build sustainable, large-scale architecture of international repute,” comments Alexander Nyberg from Swedish Wood, who is responsible for the Nordic region’s biggest architecture magazine Trä! and a jury member for the International Award for Wood Architecture.

Find out more about Sara Kulturhus 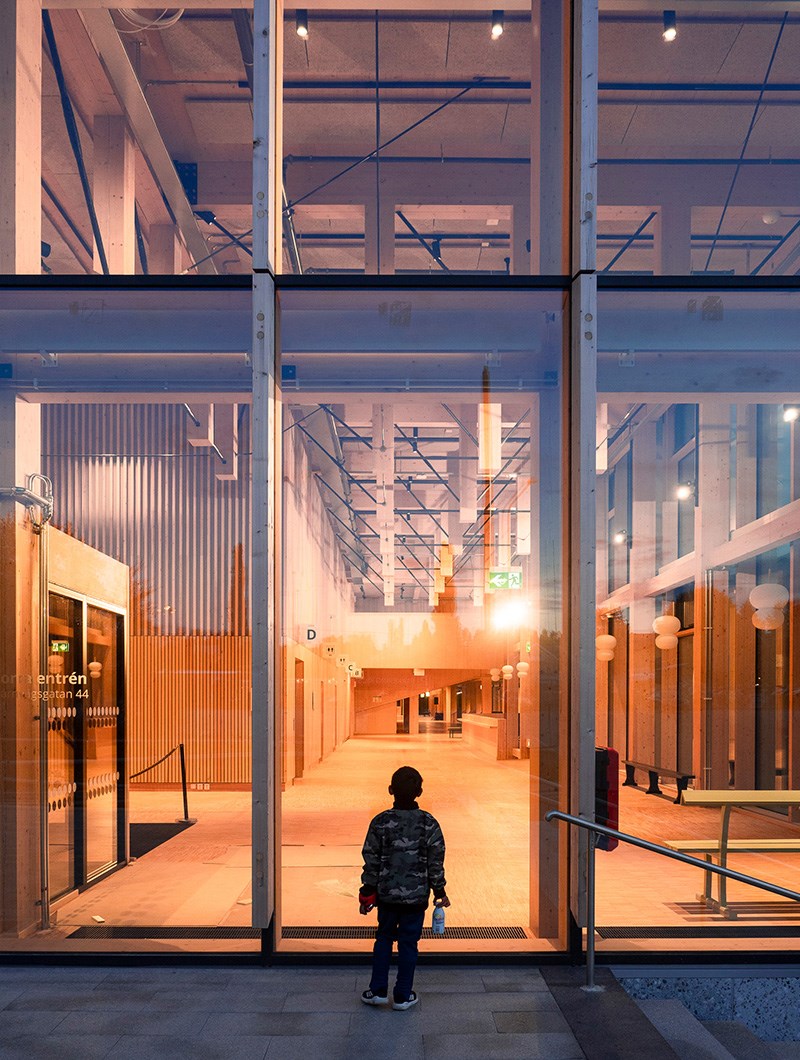