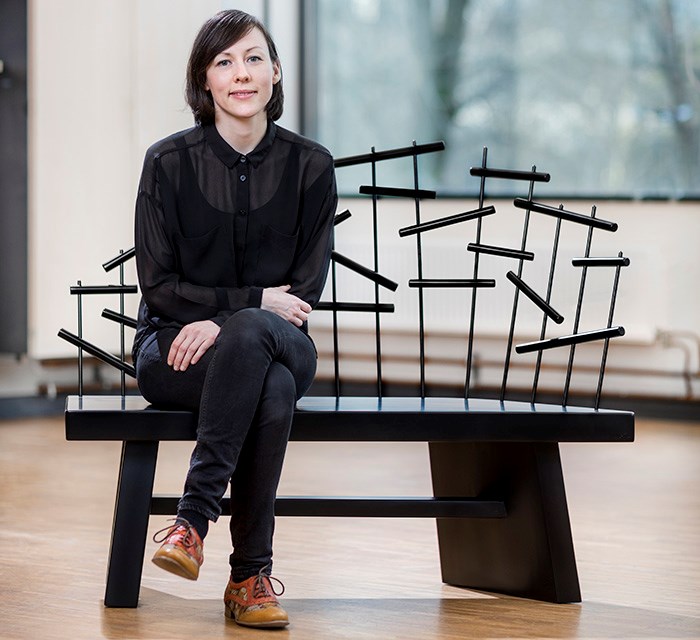 In her Contrast concept, Fie Amonsen has worked graphically on the interplay between heavy and light. This has resulted in a sculptural seat that could serve as a showpiece in the Chinese furniture manufacturer’s stores.

Fie’s entirely black furniture emerged from her simple two-dimensional sketches. The idea is that it should be transformative, like a shadow changing shape depending on where in the room one stands. The back’s floating spindles are inspired by the shape and movement of a mobile, firing the observer’s imagination.

“I was pleased that, right from the start, the Chinese company was happy for me to approach the project from a more artistic angle,” says Fie. “Although I kept the manufacturing process in mind, I did not have the same constraints with regard to cost efficiency, for example. This gave me greater freedom when it came to the design.”

Fie has found it both rewarding and challenging to engage with another culture and gain an insight into how the Chinese market works.

More information about the Design in Pine project